The polar vortex blew some frigidly cold weather into the U.S. last week. It also brought out some confused comments about solar in cold weather like this one: 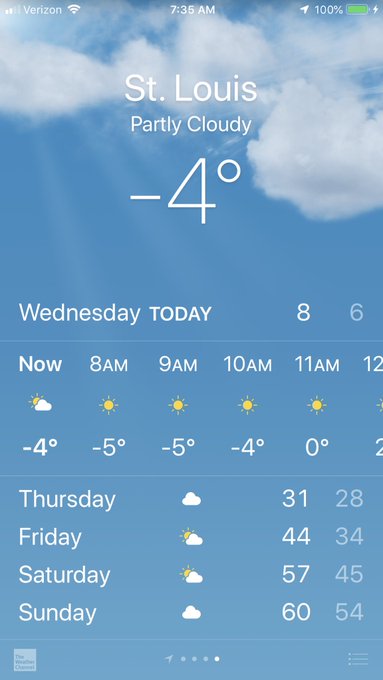 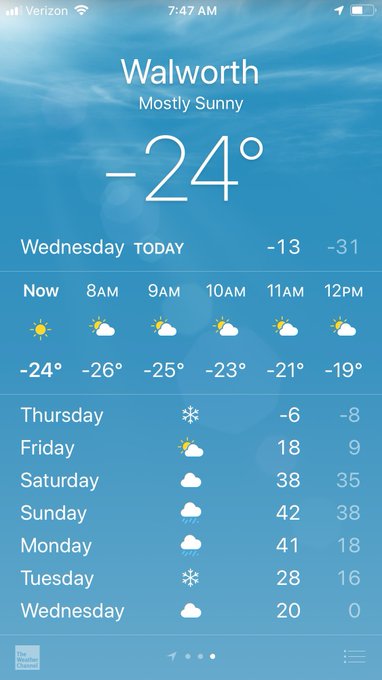 This wasn’t the only comment like this I saw. Tucker Carlson made a similar point and countless other similarly wrong comments popped up on my (and I’m sure your) Facebook and Twitter feeds. I’ll set aside the political commentary here, but as a solar company that was founded in Canada and is developing projects in cold weather states such as Minnesota, New York and Massachusetts, I felt the need to dispel any myths about solar not working in cold weather — even sub-zero cold weather like we saw last week.

First, a solar photovoltaic (PV) panel creates energy from the sun’s radiation (light) not the sun’s heat. A PV solar panel is made up of a layer of silicon cells and when light interacts with a silicon cell, it causes electrons to be set into motion, which initiates a flow of electric current.

As long as the sun is hitting a solar panel, the solar panel will generate electricity — no matter how cold it is. In fact, PV solar works most efficiently in colder temperatures. A cold, sunny environment is the optimal operating condition for solar panels. Counterintuitively, it’s heat that actually reduces solar efficiency. Lab tests have shown that panels start to lose efficiency above 77ºF.

This is why, for example, solar is a critical source of power at McMurdo Station, the primary hub for U.S. science operations on Antarctica. I won’t even get into the temperatures in outer space, where solar powers the International Space Station, but suffice it to say those panels experience temperatures that are significantly colder than even Canada during a polar vortex.

In fact, the solar industry is thriving in cold-weather states. Minnesota ranked 16th in solar jobs nationwide in 2017 according to the Solar Foundation’s “Solar Jobs Census,” and Massachusetts, Vermont and New York all have large, vibrant solar markets too.

This isn’t to say that solar isn’t more challenging in northern latitudes. Solar PV plants in these locations will have lower capacity factors — meaning each panel will produce less energy over the course of a year — than solar farms in the Sun Belt. Shorter days in winter, snow cover, clouds and a lower angle of the sun can all reduce the amount of sunlight solar panels can harvest.

Additionally, construction of solar farms needs to be scheduled more tightly in colder climates due to shorter construction seasons. The farmers and landowners whose land we often lease for solar projects understand these constraints since they are similar to what they also plan around in their growing season.

Finally, profit margins for solar arrays are tighter in northern regions, making engineering expertise, system design and siting even more critical. But solar costs have dropped so dramatically over the last decade that there is no issue with making solar work in these regions.

Much more important than a region or state’s temperature in making solar viable is ensuring strong local and state solar policies. With tighter margins in cold-weather states, creating the right policy framework is critical. One example of a robust solar policy for cold-weather states is community solar. Community solar refers to local solar facilities shared by multiple community subscribers who receive credit on their electricity bills for their share of the power produced. It works in places like Minnesota because it works for anyone with an electric bill, including renters, residents in multi-unit buildings, municipalities, non-profits and businesses that don’t own their roofs.

As solar continues to grow across North America, I hope more and more people take time to understand how the technology actually works. The good news is you don’t need an engineering degree to understand that solar panels turn sunlight into energy even in the most frigid weather.

What is Community Solar?

Never miss updates on farming the sun, community solar and the latest in solar energy.

OYA Solar is committed to developing, building, and operating solar projects that provide clean energy and widespread economic benefits for communities and our customers.

With a project development pipeline of 1,000 megawatts, OYA Solar is proud to be contributing to a better future.

This website uses cookies to improve your experience while you navigate through the website. Out of these cookies, the cookies that are categorized as necessary are stored on your browser as they are essential for the working of basic functionalities of the website. We also use third-party cookies that help us analyze and understand how you use this website. These cookies will be stored in your browser only with your consent. You also have the option to opt-out of these cookies. But opting out of some of these cookies may have an effect on your browsing experience.
Necessary Always Enabled
Necessary cookies are absolutely essential for the website to function properly. This category only includes cookies that ensures basic functionalities and security features of the website. These cookies do not store any personal information.
Non-necessary
Any cookies that may not be particularly necessary for the website to function and is used specifically to collect user personal data via analytics, ads, other embedded contents are termed as non-necessary cookies. It is mandatory to procure user consent prior to running these cookies on your website.
SAVE & ACCEPT